Writing for The Mirror, Shadow Secretary of State for Communities and Local Government, Andrew Gwynne said the settlement helps out more affluent Tory areas rather than those most in need.

He wrote: ‘The Tories are planning changes to the way it gives funding to councils.  Instead of targeting the most deprived areas, or those with the most need, they’ll instead introduce new plans that mostly help out more affluent Tory areas.  This settlement is inadequate and unfair.  Labour will vote against it to send a clear message to this Tory Government that they need to come back with proposals that give councils the funding they need.’

The Local Government Association warned last week that many popular council services could disappear by 2025 due to a £8bn funding black hole.

LGA Chairman, Lord Porter, said: ‘If the Government fails to adequately fund local government then it will be our local communities and economies who will suffer the consequences.  It will be those who rely on vital adult social care to live independent lives, rural bus routes to get out and about, council tax support to ease financial burdens and those who value clean streets, green spaces and roads fit for the purpose.  The Spending Review will be make or break for vital local services and securing the financial sustainability of councils must be the top priority.’ 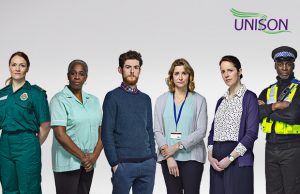