UNISON is proud to have an award winning legal team fighting for our Members and are proud that our Legal Officer, Shantha David has been named one of the Lawyer Hot 100 Lawyers of the Year 2020.

The Lawyer Hot 100 recognises the most daring, innovative and creative lawyers from in-house, private practice and the Bar. Whatever the year, everyone who is named in the Hot 100 has one thing in common: they are the lawyers of the moment.

Leading the fight for part-time, low-paid employees, UNISON Legal Officer, Shantha David is set to take that battle to a number of councils and organisations across the UK this year following on from recent wins for millions of workers.

At the end of 2018, Shantha negotiated a £6m settlement in connection with unpaid annual leave for over 5,000 term-time workers employed by the Royal Borough of Greenwich schools following a six-year legal battle. A mathematical error had left caterers, cleaners and teaching assistants, jobs held mostly by women, receiving three-to-five fewer paid days of annual leave per year.

In 2019, another victory came in the Court of Appeal defending Lesley Brazel, a term-time music teacher at a private school, in the case Harpur Trust v Brazel which secured the legal position that ‘term-time’ workers are entitled to a minimum of 5.6 weeks paid annual leave, regardless of whether they are given work or paid for only parts of the year.

In 2018, Shantha David was named Human Rights Lawyer of the Year by the civil rights campaigner, Liberty, for her leading role in UNISON’s landmark legal victory, when the union successfully defeated the government over its introduction of employment tribunal fees arguing the fees effectively denied low paid workers’ their access to justice in the employment courts.

UNISON’s single-handed, four-year legal battle to reverse that decision spanned six unsuccessful hearings – three in the High Court and three in the Court of Appeal – before the Supreme Court unanimously found in the union’s favour.

As one awards judge commented: “This case changed the law at the highest level and rolled back a change that was denying workers access to justice. The approach by UNISON shows real grit in developing evidence where there was none and getting the case re-heard on new evidence.”

The judges noted the determination shown by UNISON legal officer Shantha David, who ran the case, in seeking evidence through Freedom of Information requests and a “dogged pursuit” of the Lord Chancellor’s team.

UNISON’s Head of Legal, Adam Creme, who collected the award with Ms David, said today: “This award is given not by faceless bureaucrats but is judged by the UK’s legal profession. All lawyers want desperately to win it.

“I am proud to work with and for the UK’s best legal team, bar none, and to serve our members.”

In 2014 UNISON won The Lawyer’s Best Employment Team award, for bringing the claim against the government. Then in 2016 there was another employment team gong, from The Solicitor’s Journal. And after the Supreme Court victory Mr Creme was named Lawyer of the Year by Liberty. 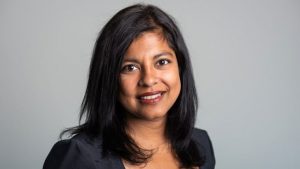