A message from Barry Gardiner – Stop Fire and Rehire

Millions of hard-working, loyal staff, have been caught by the nasty practice of fire and rehire. British Gas, Tesco and Sainsbury’s are all at it – even Argos, Clarks and Weetabix are doing it.

Barry Gardiner’s Private Members Bill is going through Parliament and is supported by over 20 trades unions, the TUC and The Institute of Employment Rights, as well as the Labour Party.

But change doesn’t just happen because of a few speeches in parliament, and Barry has asked for The People’s Assembly’s help in getting the law changed. He spoke at our National Demonstration London la few weeks ago and is coming to our United Against The Tories Demo in Manchester on 3 October and will host a public meeting in the People’s Assembly Marquee in Piccadilly Gardens on Monday 4 Oct at 5pm.

But right now, this is what he is asking us to do:

You can’t win the battle if you don’t engage the enemy. We need to put lots of pressure on Tory MPs just like we did over free school meals. The government is refusing to legislate, but you can change their mind. If your MP is Labour or already on board, write to Boris Johnson, Kwasi Kwarteng or Jacob Rees-Mogg. They need to see the strength of public opinion if we are to get 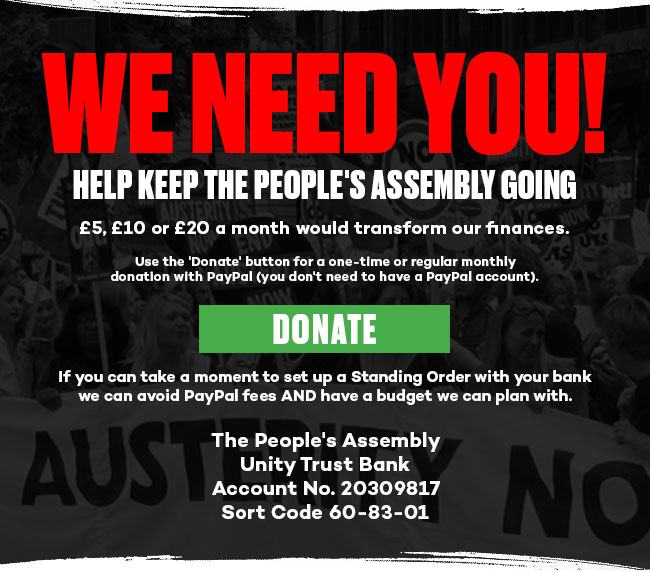 As Barry says “No matter who is doing it, Fire and Rehire is just plain wrong and we need to stop it”. The download pack is full of great campaigning ideas and easy-to-use artwork for badges, banners and leaflets together with social media and local press content. Please take a look at the website: www.stopfireandrehire.org

Coronavirus (COVID-19) vaccination of people working or deployed in care homes: operational guidance
Education unions call for urgent action by the Department for Education to invest in ventilation measures in schools